The Better Fly Series: A Beast in the Sky


A Beast in the Sky

When we hear the word love, quickly our minds go to romantic love, but one of the greatest loves in the world is the love people carry for their dreams.  Because our dreams represent a place in our hearts where we hold great amounts of love; when The Beast in the Sky shows up, it can really wound us.  The Word of God speaks about a beast that looks like a leopard, has four wings, and four heads.  It also says that this beast is given the authority to rule for a set time.  What do you do when that beast shows up to steal some of your air?  Do you continue in defeat or do you simply take a landing?

Welcome to The Beauty Inside-Out Beautician.  This is our first "Traditional Blog" and it comes in the form of a series.  Let’s look at the second of the two questions.  In the first part of the question, we’re faced with a possible defeat.  Unless you’re built like a leopard, have four wings, and four heads, you can probably expect defeat.  Often times in life, it can take us many years to master our wings.  By the time we’re in the air, the last thing we’re prepared to face is a winged leopard.  Before we continue, here are some interesting things to know about a leopard.  First, Leopards are renowned for their agility.  They have large territories.  They are the most elusive of large cats.  They are strong swimmer and great climbers.  Leopards are also very active at night, and can run at about thirty-six miles per hour.  Certainly a beast, and one that can overpower you in the air, on land, or in water.  Now what?

As I look at the world of business, there are times that we must recognize and classify a beast as a beast.  But should we relent in pursuing our dreams?  Here’s another good question.  Do we part ways with all that love?  If we ask ourselves or even a good friend; perhaps even a veteran in business, we might get the good old “Let her down easy”, but if we ask God, often times what we get is instruction.  Because God will not violate his word, He instructs us on how to get around the beast rather than overthrow the beast in its time of rulership.

Part of that instruction can be to take a landing.  And this is where we begin this series.

If you’ve ever been on a plane, then you know that the landing is just as important as the flight and the take off.  In this case the landing is the proper way to let the beast know that you understand that you are not equipped to challenge it.  It is also the perfect time to hit the books.  It’s the space between your last flight and your next flight.  Notice the word flight, not fight.  Thus, the title of this blog series "The Better Fly Series".  It’s the place to learn more about your industry, your business, the beasts that rule, as well as the people that feed the beasts and those the beasts feeds on.  That’s the physical part of being grounded.  Yet on the spiritual level, it’s feels like a bit of a wilderness, and it’s a great time to praise and take rest from God.  Remember when you land with your dream in hand, you land on purpose, and every minute counts.  We’re not talking defeat or retreat.  We’re talking order.  And as God shows up with his law in hand, make the great exchange.  You take the law and give Him the dream.  Let Him look it over.  Let Him perfect it.  Let Him refine it.  And most importantly, let Him order it.

If you are in business, and have found yourself among the beasts that rule, and need to get back to flying…  Follow the series.  For more spiritual development, visit www.R2W.news 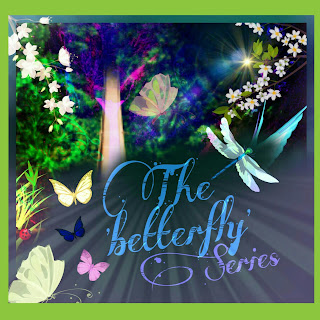 NaTisha Renee Williams
I began writing poetry at age 11; first because I was good at it and eventually as a way to give sunlight and breathing room to my wounds. Poetry brought a sense of worth to my life. When I became aware of my gift to write, I was able to attach a level of worth to my life that wasn't previously there. Eventually as my understanding of God expanded, I came to understand my spiritual birthright. I now understand that my worth is beyond this earth. I am also the author of Renegotiating Kayla. The novel takes you on an emotional journey with the main character Kayla Ross. Kayla who was sexually abused as a child and is now living a life of disassociation from her past, finds herself stuck in one fruitless relationship after another and begins to seek a road towards healing; going from victim to survivor by the end of the novel. The book is entertaining, moving, and inspiring. I was born on St. Thomas of the U.S. Virgin Islands and have been residing in South Florida for 20 years.